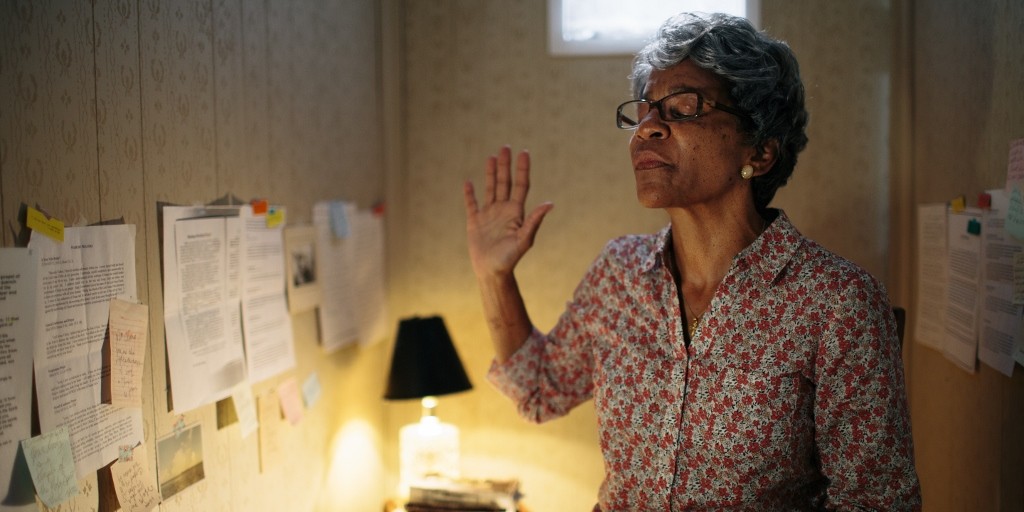 With War Room, the Kendrick brothers improve upon their past films with a sometimes touching and other times out-of-touch film that’s sure to be a hit in many Christian homes while alienating Christians who desire characters with depth and gravitas.

Tony and Elizabeth Jordan have it all—great jobs, a beautiful daughter, and their dream house. But appearances can be deceiving. Tony and Elizabeth Jordan’s world is actually crumbling under the strain of a failing marriage. While Tony basks in his professional success and flirts with temptation, Elizabeth resigns herself to increasing bitterness. But their lives take an unexpected turn when Elizabeth meets her newest client, Miss Clara, and is challenged to establish a “war room” and a battle plan of prayer for her family. As Elizabeth tries to fight for her family, Tony’s hidden struggles come to light. Tony must decide if he will make amends to his family and prove Miss Clara’s wisdom that victories don’t come by accident.

I saw War Room over the Labor Day weekend like many others. It did well in the box office for an independent film because there wasn’t much competition. I saw it on a Tuesday afternoon and there were probably 10 other people in the theater.

There were times in the film when I was truly moved. Miss Clara portrayed by Karen Abercrombie reminded me of a woman I used to go to church with. I remember that she would get up during a service and run laps around the sanctuary praising the Lord. The scenes when Miss Clara was praying and thanking God reminded me so much of that little old lady.

Other than Abercrombie’s stand-out performance, the rest of the actors had passable performances. Nobody is winning an Oscar or Emmy for their performances but nobody really stunk up the place either. I felt like I was watching a made-for-TV movie on the Hallmark Channel.

The plot was very linear. You knew from the beginning that all the plot points and problems were going to be tied up in a neat little bow. That’s fine, I suppose, but it also makes Christian life look like everything turns out perfect in the end.

Life for most Christians (at least this one, anyway) is not neat and tidy. It’s full twists and turns and bumps and bruises. The “Pollyanna” ending in this film furthers the misguided stereotype that Christians live “perfect” lives. The struggles the characters faced in this movie didn’t seem convincing because I knew in the end everything was going to turn out OK.

Don’t get me wrong, there were some moments during the film when I was moved but I wasn’t because of the performances. It was because I was thinking about my own life. Do I neglect my kids? Am I harsh with my wife when I come home from work? Am I praying enough? So, in the end I suppose the film succeeded in getting me to think introspectively and truly consider what my prayer and home life is like.

When you’re done watching this film you’ll probably think to yourself, “That was nice,” or, “I never want to watch a Kendrick film again.” Don’t let let your opinion of the film detract from what the filmmakers were trying to convey, then find a place to kneel and pray.