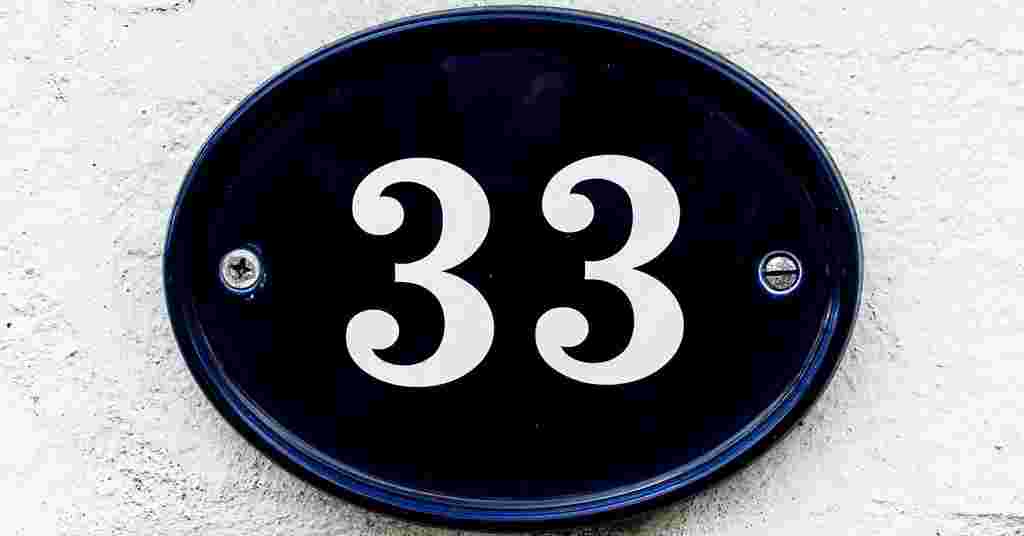 Jim tossed and turned in his bed. He looked up at the clock. Its glowing red numbers taunted him: 3:33.

There it was again, the number thirty-three. For days, he’d been seeing the number everywhere.

The train he took for a business trip? Number 33. The software package he bought a few days ago? $33.33. His change at the drive-thru yesterday? Thirty-three cents. The number was everywhere!

Jim knew this day was coming. It’s not that he’d been dreading the day just the inevitability of its arrival.

He turned on his side to face his wife. In the darkness he could just make out her form. Her chest was rising and falling with each breath.

In a few hours he’d have to face the day. Until then, maybe he could get a little uninterrupted rest.

Jim closed his eyes and let the rhythm of her breathing lull him to sleep. He counted thirty-three breaths before drifting off to sleep.

Jim heard footsteps pounding down the stairs just outside the bedroom. He opened his eyes and saw that his wife was gone but her scent still lingered on the pillow next to his.

The smell of breakfast (bacon, eggs, toast, and coffee) wafted under the door enticing him to make the short trip from his warm bed to the kitchen table.

The door burst open and in ran his twin 3 year-old daughters dressed in identical pink Hello Kitty nightgowns. Their hair was tousled and stringy from a long night’s sleep. They hadn’t bothered to brush it before coming downstairs.

The girls jumped on his bed smiling, bouncing up and down, yelling, “Happy Birthday, Daddy!”

“How old are you?” they asked in unison.

“Thirty-three,” Jim responded with a smile as the girls kissed him on the cheeks.