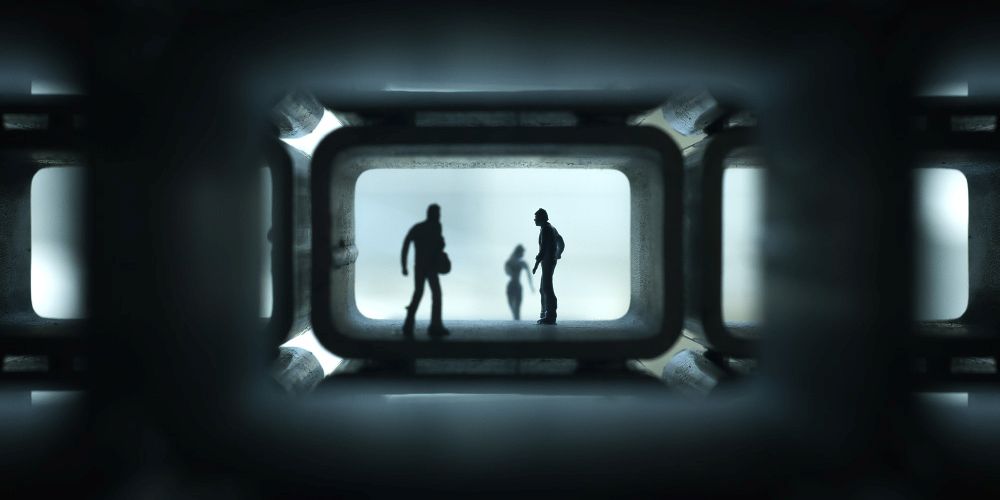 I wasn’t feeling very comfortable with all the events of the past 8 hours but since I had nothing better to do I played along. I was still very suspicious of “Dr. Austen” (if that was his real name) and the circumstances at St. Peter’s last night so I wanted to pursue what was happening before I called the cops.

Dr. Austen said a car would be at the hotel in 10 minutes. It’s at least 20 minutes to the hospital so apparently “they” (whoever “they” are) planned to convince me to come over today.

I waited 20 minutes just to make them sweat before I headed down to the lobby. Sure enough, sitting outside was a all-black, Mercedes CLA with the St. Peter’s emblem emblazoned on the side.

The passenger door opened and a gorilla in a suit stepped out and opened the rear passenger door for me. At least, he look like a gorilla at first. The guy was huge, probably 206 cm, and must weigh at least 160 kilos.

He motioned inside the car and said, “Please have a seat, Mr. Abrams.”

I sat down resisting the urge to say, “Call me Eddie. Mr. Abrams is my father,” I didn’t want to tangle with this guy. Besides, it’s nice to be respected every once in a while.

The passenger compartment was separated from the front by blacked out glass. All the windows were blacked out too. There was a chilled bottle of orange juice (my favorite) sitting in the cup holder in front of me.

“How did these guys know I liked orange juice?” I said to myself. Things were getting weirder moment by moment. I decided not to drink it. Somebody might have spit in it.

The drive to the hospital was short. Probably because it was Sunday morning and traffic was light. Nobody talked. We pulled into a gated, underground parking lot and parked in designated for “SHA Research Employees Only”.

I tried to open the door and get out but it was locked. Gorilla Guy got out and opened my door and said, “Follow me, please.”

I followed him to an elevator where he inserted an i.d. card of some kind hanging from a lanyard around his neck. He pressed the button to call the elevator and it turned from red, to green, and then to blue.

An electronic chime indicated the elevator car had arrived. Before the door opened the blue button was flashing.

“Here,” Gorilla Guy handed me a lanyard. “Put this on before we get in the elevator.”

I pulled the lanyard over my head and smiled, “I think it clashes with my outfit.”

Gorilla Guy smirked and pressed the flashing blue button. The doors to the elevator opened and we stepped in. Puffs of air blew across me as I stepped in the car.

I hadn’t seen the driver at all, only Gorilla Guy this whole time. “Where’s your partner?” I asked him.

“He’s not authorized to enter the research facility,” Gorilla Guy informed me. “By the way, don’t take off the lanyard. Keep it around your neck at all times.”

“What happens if I lose it?”

I flashed him an O.K. with my hand and looked straight ahead.

The elevator started moving as soon as the doors closed. There were no buttons for selecting floors, just a small LCD panel displaying the St. Peter’s emblem. I could tell we were going down but I couldn’t tell how far.

“Excuse me,” Gorilla Guy was looking down at me. He was holding a pen and photo. “Could I get your autograph? I’m a fan of your fighting.”

“Yeah sure,” and took the pen and photo. “Who should I make it out to?”

“Valentine,” he said, “I’m named after my great-grandfather.”

“No explanation necessary,” I signed the photo and handed it and the pen back to Valentine.

“Always happy to oblige a fan,” I said.

Valentine pressed the button and the doors opened smoothly to reveal a stark grey hall devoid of any features except a door about 10 feet away.

“No. Not authorized.” Valentine smiled, “Have a nice day, Mr. Abrams.”

I stepped out and turned to say, “Nice to meet you,” but the doors closed immediately behind me.

Instead, I walked to the end of the hall. Just as Valentine said, the doors opened automatically. Behind them was a small but luxurious lounge. It smelled like lemon-scented furniture polish.

I took a seat in one of the two large leather chairs, closed my eyes, and started counting. I got to 17 when I heard Dr. Austen.

“Thanks for coming,” he stood in front of me with his hand out. I stood and shook it then sat back down. He sat down across from me and leaned on his knees.

“I’ll get right to the point,” Dr. Austen said, “You have a gift unlike any other I’ve seen since I started working for this organization. I think you can use that gift to do some good in the world.”

This is an original work of fiction written by John Wilkerson. All characters are fictional and any events or circumstances herein are fictional. Any publishers interested in acquiring this story in whole or part may contact me via my contact page.