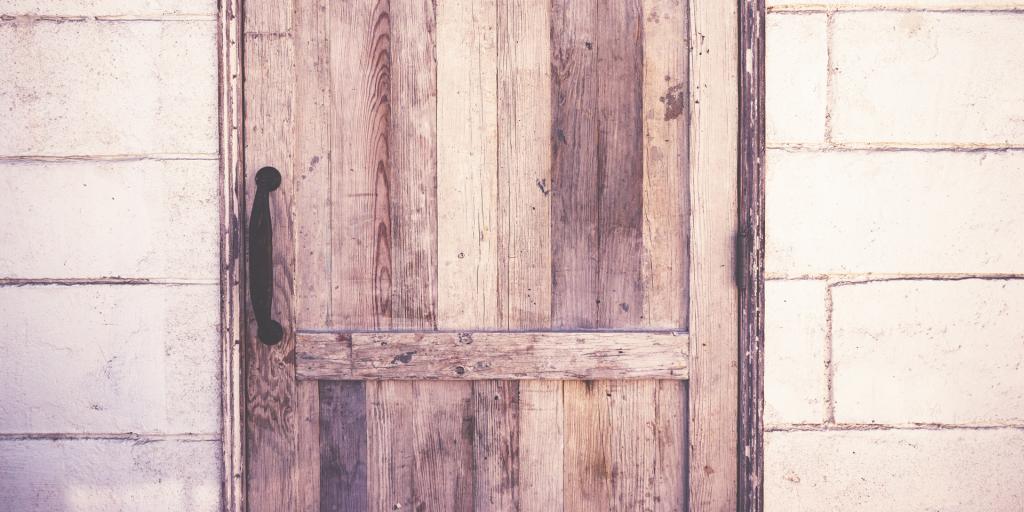 The door just appeared. There was no shimmer, no sparkles, and no distortion of the air or surface where it appeared. One second it wasn’t there and the next it was.

This wasn’t the first time a door had appeared like that. It happened several times before but I’d lost count.

Each time the door appeared I’d felt compelled to open it but never could muster up the courage. Each time it appeared that compulsion got stronger. It felt as if the door was calling to me.

This time I felt the door pleading with me like a parent pleading with a child to listen to reason. It also felt like the warmth from a fireplace drawing me in to offer me comfort.

“Just open the door,” I said aloud. But I couldn’t.

I had no idea what would be on the other side of that door. It could be a gateway to a whole other universe or I could end up in a broom closet.

I felt something cool in my hand and looked down to find myself gripping the doorknob. With a twist and a push all my questions, fears, and doubts could be assuaged.

I turned from the blank wall and continued walking down the street. Thoughts swirled through my head like gossamer floating on the wind just out of reach. I tried to hold on to them. I tried to rekindle that warm, comforting feeling but it eluded me.

Lost in thought, I continued to walk down the street. I was so close this time. I’d almost opened the door.

Next time. I determined that next time I would open the door. Nothing would stop me.

The last thing I heard was the squealing of tires and the blaring of a horn then everything faded to black.