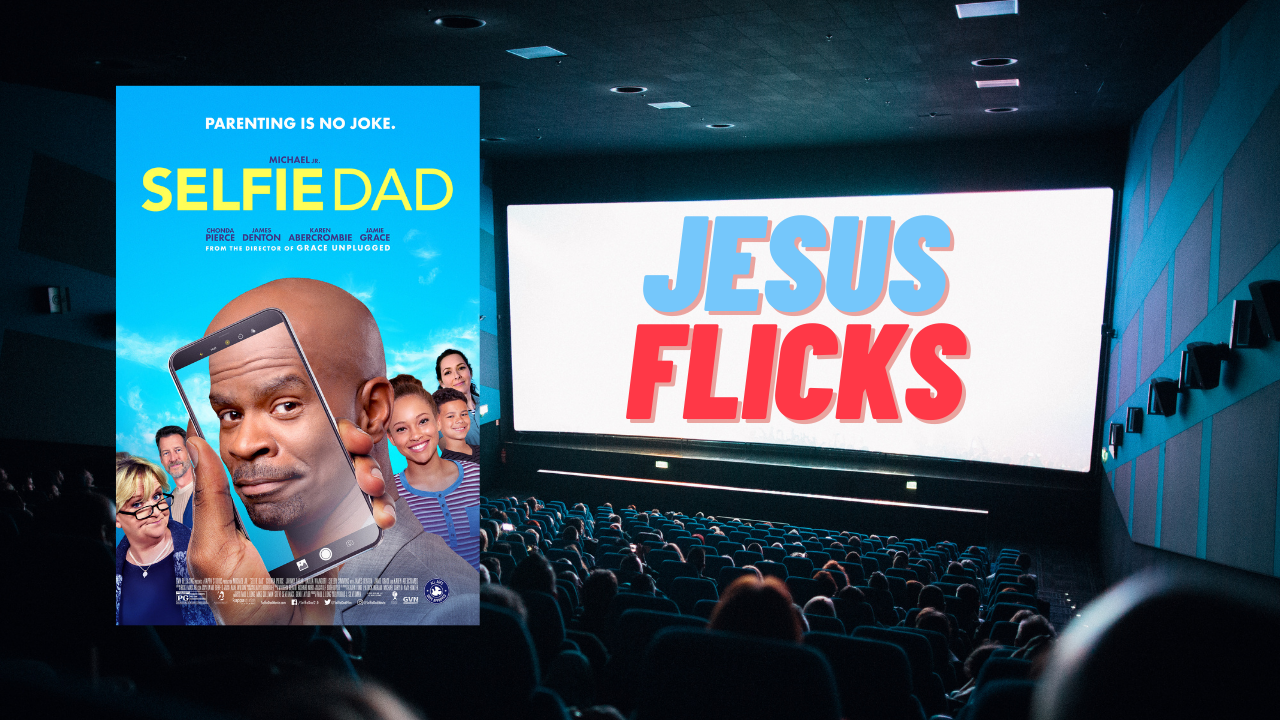 Ben Marcus, played by Michael Jr., has a mid-life crisis goes viral in this clean comedy film. It features familiar faces from other “faith and family” films as well as familiar themes and plot beats.

Synopsis: A reality TV editor in the midst of a whopping mid-life crisis is convinced he can only be happy by fulfilling his lost dream of being a comic. He sets out to become a social media star only to find that the happiness he seeks only be found in a most unlikely place – the Word of God!

The general concept is believable. There are many people who have pivoted from traditional jobs to online influencers after a video of theirs went viral. There are a few plot beats that seem to come out of left field and aren’t as believable but they don’t detract from the overall storyline.

Most of the characters seem grounded but there are times when they’re almost caricatures of typical Evangelical Christians. It’s weird that the married couple doesn’t kiss.

Putting your family first is always a theme that will resonate with audiences. There are also themes revolving around trusting in God’s timing/character. It’s also notable that the father is “playing at Church” which seems to be a common trope in Christian films.

Overall, this feels like a made-for-TV movie. It didn’t have a theatrical release and went direct to video. Most of the acting is passable and there weren’t many cringy scenes. There were a few instances where the directing and acting seemed amateurish. Some scenes in the movie with “SELFIE DAD” seemed more like stand-up routines than actual movie scenes. That may be part of the character, though, because Ben Marcus is a failed/retired comic.

Given that the intended audience is Christian families, I think this movie’s message and themes would appeal to most conservative, evangelical families. Themes like “family first” and “trusting in God” are certainly ones that appeal to this audience but taking such a heavy-handed approach at times feels campy.

Although SELFIE DAD has some of the common tropes seen in many faith and family films, there are some bright points and it’s an overall enjoyable experience.

Parents looking for a “safe” comedy to watch on a movie night don’t need to worry about objectionable content that might lead to uncomfortable conversations.

link to THE CASE FOR HEAVEN Review and Giveaway

Can we know what is heaven really like and can we truly know what happens when we die? THE CASE FOR HEAVEN attempts to answer those questions but left me with more questions than answers.