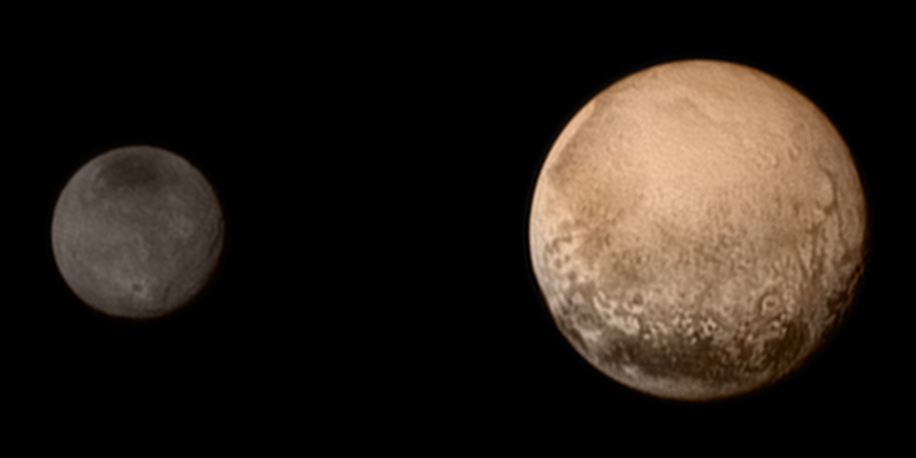 The size of , Pluto, has finally been determined. Using images from Long Range Reconnaissance Imager (LORRI) aboard the New Horizons space craft, scientists at NASA confirmed the size of Pluto to be 1,473 miles in diameter.

NASA’s New Horizons mission has answered one of the most basic questions about Pluto—its size.

Mission scientists have found Pluto to be 1,473 miles (2,370 kilometers) in diameter, somewhat larger than many prior estimates. Images acquired with the Long Range Reconnaissance Imager (LORRI) were used to make this determination. This result confirms what was already suspected: Pluto is larger than all other known solar system objects beyond the orbit of Neptune.

“The size of Pluto has been debated since its discovery in 1930. We are excited to finally lay this question to rest,” said mission scientist Bill McKinnon, Washington University, St. Louis.

Measuring Pluto’s size has been a decades-long challenge due to complicating factors from its atmosphere. Its largest moon Charon lacks a substantial atmosphere, and its diameter was easier to determine using ground-based telescopes. New Horizons observations of Charon confirm previous estimates of 751 miles (1208 km) kilometers) across

So what does that look like? Here are two graphics I quickly created to help you visualize Pluto’s size:

Now there’s only one question that remains? Where do Plutonians go for take-out?