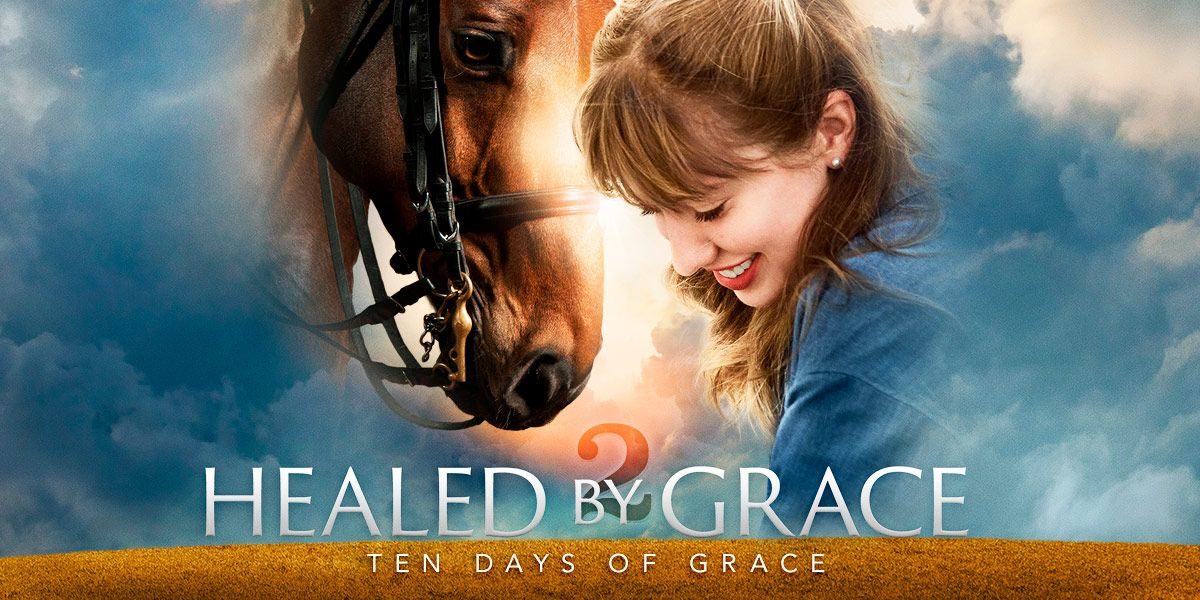 Healed by Grace 2 is a family-friendly drama that follows the typical formula for Christian films and leaves room for a third film.

Healed By Grace 2: Ten Days of Grace is the story of a girl who loves horses and how her dream unites and knits her family closer than ever before.

Fourteen-year-old Jessie Fuller (Kennedy Martin) is obsessed with horses, and pleads with her parents for the ultimate birthday present: a horse of her very own. While her father John (David Matthew Weese) considers it, her mother Brandy (Stacy Munsie) adamantly refuses time after time.

After discovering signs of Brandy’s breast cancer, John persuades his wife to send Jessie to a summer camp, but discreetly takes his daughter to a horse ranch instead. The only problem is that the owner of the horses, Gauff (Larry Bower), is Brandy’s negligent father.

Jessie is having the time of her life, becoming fast friends with Riley (Natalie Weese), the stable hand, and learning to ride Grace, a beautiful, pleasantly compliant horse. The real tension begins when father, mother, and daughter discover the secrets everyone else has been hiding.

All in all, Healed By Grace 2 is a wholesome Christian drama that encourages families to be true with and support each other, lest uncomfortable secrets tear them apart.

I thought this was a sweet little movie, although the plot was a bit slow-going and predictable. It was effortless to relate with all the characters and their backgrounds and I believe that factor adds memorable weight to any story line.

The dialogue was poor, for the most part, which was a disappointment. You could probably watch this movie without any sound at all and still get the gist of it.

Having never seen the first Healed By Grace, I would venture to say this sequel could stand alone by itself. It pretty much followed the stereotype of Christian movies these days: Cheesy and clique with tension carrying the plot and that good ol’ happy ending.

If you’re a dreamer or a horse lover or a combination of the two, you’d probably enjoy this film. I’d say Healed By Grace 2 is appropriate for all ages but anyone younger than a nine-year-old would probably fall asleep since the plot isn’t very stimulating.

From the perspective of a teen-aged girl whose movie picks generally include some sci-fi, fantasy, action/adventure, or thrilling aspects, I’d give Healed By Grace 2 a 2.5 out of 5 stars.

Available now on digital from Amazon. Available on DVD on Sep. 18.

This giveaway is closed.

Hey, I'm Dawnia! I'm just your typical Christian homeschooled teenager. No, I don't know what my college major will be, but maybe somewhere along the lines of Writing or Musical Theater. Yes, I wear tie-dye. Yes, I play the piano, ukulele, and guitar. And yes, I love watching movies and reading books!

2 thoughts on “Healed By Grace 2: Ten Days of Grace — A Movie Review”