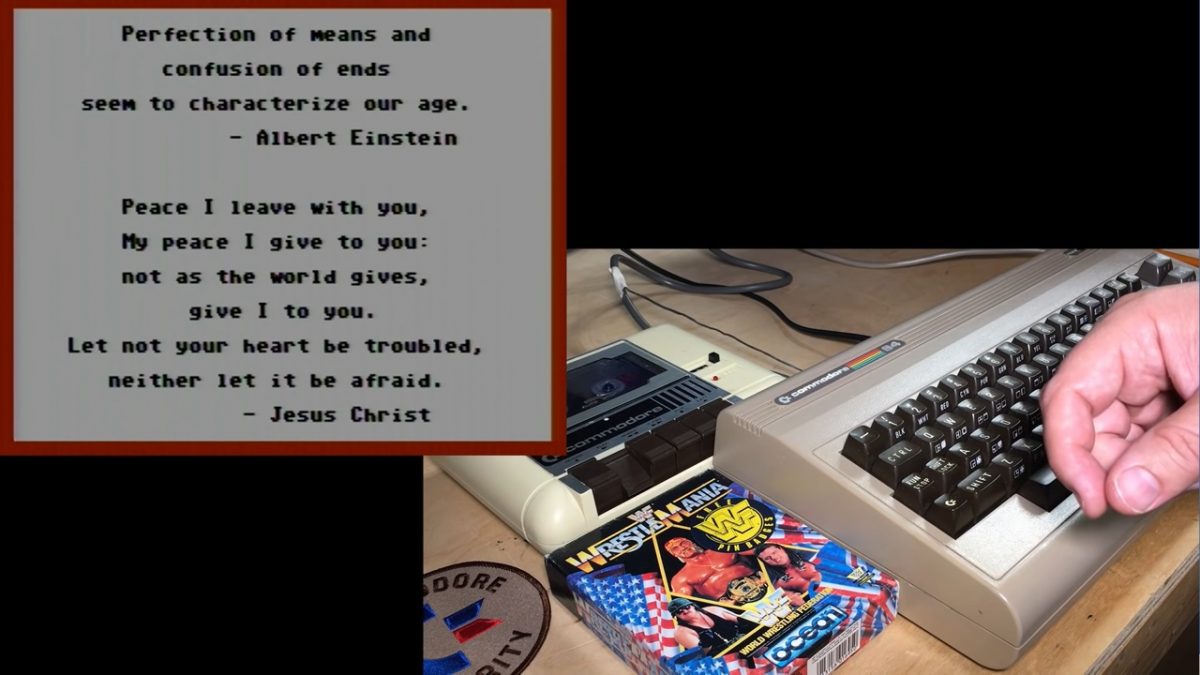 Growing up in the ’80s, I watched technology change rapidly. It’s changing even faster now but there was something about that era that still fascinates me today.

During that time of discovery and growth, a lot of musicians experimented with computer technology and included digital tracks on their albums.

Christian bands were doing the same and one band, Prodigal, went so far as to include a small program written for the Commodore 64 in the runout track of their album Electric Eye.

A YouTuber, Robin Harbron, tells about how he heard about the Easter egg and shows the process he went through to get the program to run on a C64.

The program is just nine lines of code and contains two quotes:

“Perfection of means and confusion of ends seem to characterize our age.” —Albert Einstein

“Peace I leave with you, My peace I give you: not as the world gives, give I to you. Let not your heart be troubled, neither let it be afraid.” —Jesus Christ

The late Lloyd Boldman had this to say about the Easter egg in an interview with Pop Dose:

This is the type of creativity and experimentation that I think modern CCM is missing. I’d like to see something like this from musicians today instead of the typical milquetoast that gets repeated on the radio every day.

link to Where Does God Want Me to Put My Energy?

February is historically a difficult month for me. It's the middle of winter and the shorter month puts me in a bit of a tailspin when it comes to my podcasting schedule.