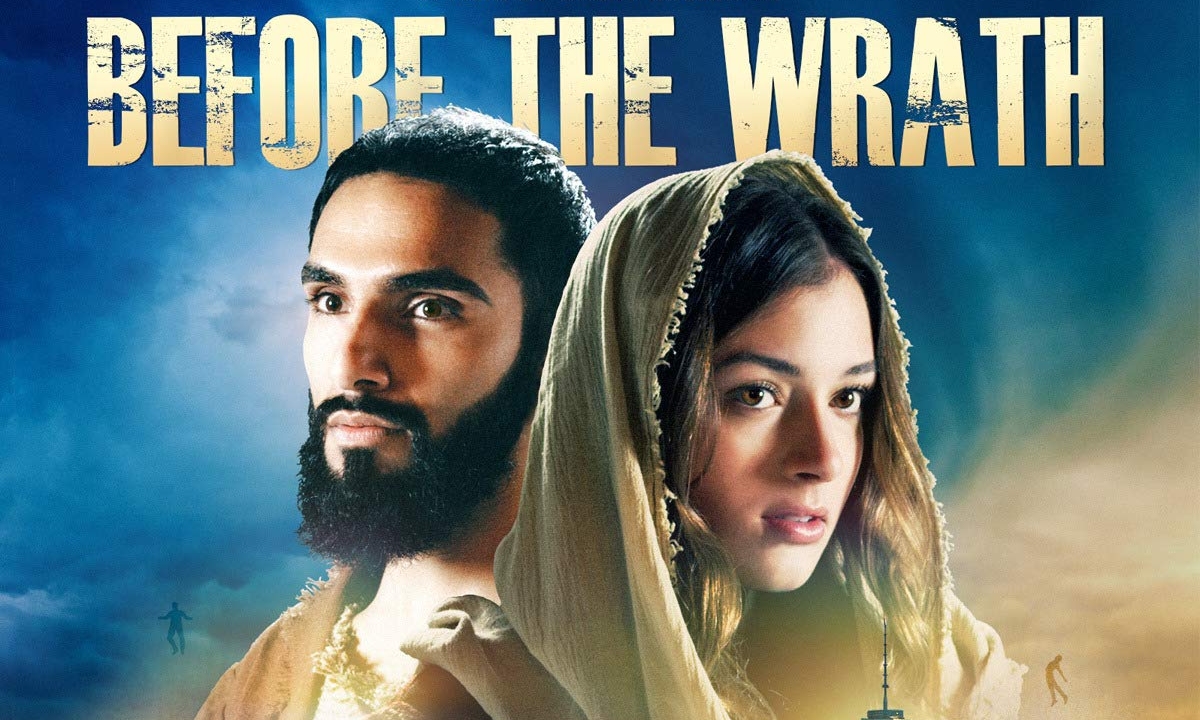 Christians with an interest in end-times prophecy will find Before the Wrath captivating but those not interested in eschatology won’t be “caught up” by this film.

While scholars debate the timing of the Rapture, the world has lost why this event is prophesied to occur in the first place; knowledge that was once understood by those in the first century. Today, researchers in the Middle-East have rediscovered ancient anthropological evidence from the time of Christ that reveals exactly how and why the Rapture must occur; unveiling new biblical insight that will reignite hope for believers and prepare the world for what’s coming.

“But concerning the times and the seasons, brethren, you have no need that I should write to you. For you yourselves know perfectly that the day of the Lord so comes as a thief in the night.” —1 Thessalonians 5:1-2

My interest in eschatology goes back to my early years as a Christian. I was in high school when Edgar C. Whisenant’s book 88 Reasons Why the Rapture Will Be in 1988 was popular. End-times prophecy has been a part of my Christian walk for 32 years.

When I was contacted about reviewing this film my first instinct was to brush it aside. I didn’t want to watch another film about “the rapture” but the trailer pulled me in.

I’ll be sharing spoilers, if you can call them that, from the film. I’m not going to comment on the eschatological theology. I have a complicated relationship with the end-times. Suffice it to say that I believe in Christ’s return but I don’t think it will happen the way it’s taught in most Evangelical churches.

This movie is an odd duck. It combines a narrative, documentary style with a historical dramatization. The dramatized scenes are nice and illustrate the historical information nicely but I think you could put this movie on in the background and just listen to it.

I’m going to address the themes and topic of the movie first and then I’ll move on to the technical aspects of the film like the acting, narration, sets, etc.

Although the film strongly suggests that pre-wrath taking away of the church is the way we should interpret passages in the Bible about the last days, it doesn’t come right out and tell the viewer this is what they should believe.

Rather, the film encourages the viewer to look at a traditional Galilean wedding and use that setting to interpret some passages that refer to the end-times.

This is a concept I’d read about and heard about in the past but everything hadn’t been put together in one cohesive presentation. The director, Brent Miller, Jr., presents this as a “new approach” but it is one I’ve been familiar with for at least a decade.

The focus of the film is on “why” Jesus will return rather than “when”. In fact, it’s explicitly stated that we cannot know when Christ will return. While this is a refreshing approach, there is a strong emphasis on being ready before God’s wrath is poured out on the earth.

Some time is spent on the dearth of teaching in churches on prophecy and how it’s not proportional to other “types” of passages in the Bible that are taught from America’s pulpits.

There’s this implication that if a pastor isn’t teaching on the return of Christ a certain way it’s not Biblical. The word “apostate” even comes up. Again, there’s an emphasis on a certain interpretation of end-times prophecy.

If the title, Before the Wrath, wasn’t enough to clue you into the eschatology of the film then the presentation itself makes it quite clear.

I’m not a student of film but I know a bad one when I see it. Like any other film, I think it’s important to review the film-making on its own merit. Too often, people don’t like the message in a film and they review the technical aspects through that lens.

This is a well-made film. It had a relatively small budget of around $300,000 and a small crew but they put together a good product. It’s as good as Michael Moore’s latest documentary, Planet of the Humans.

The film starts with the trailer. I thought that was weird. I understand the need to present the basic concept of the film but it was strange watching the trailer again after having seen it a couple times already.

There are a few things that pulled me out of the dramatic scenes like the writing in English on scrolls from left to right.

The dramatized scenes in this film are basically b-roll that you’d see in other documentaries. It stands in stark contrast to the interviews. Some short cuts were re-used but overall it had a high-quality feel.

The interviews were in interesting locations, well-lit and the audio was mixed well. The music was “stock” film scores that anyone could buy online and only a few times did it not seem to fit either the dramatic scenes or the narration.

Kevin Sorbo’s narration is spot on. It’s mixed well and he delivers the information perfectly. It’s easy for something like this to come across as dry and sometimes narrators over compensate by being too dramatic. Kevin finds that perfect balance.

I would have liked to have seen some b-roll with him either sitting or standing as he narrates but the voice-over was nearly perfect. It’s almost as if you’re listening to an audiobook.

I didn’t really learn anything new from this film. I glad they didn’t focus on the timing of the rapture and instead compared the rapture to a Galilean wedding. This gives the viewer something to ponder even if they don’t believe in a literal rapture.

It’s a novel approach to a controversial topic and the film actually points to some of the problems that have arisen from the way Christ’s return has been taught.

While I don’t think this film will change anyone’s mind, I do think it will help them see how knowing about the culture and traditions of first-century Jews impacts the way we should interpret scripture.

Note: The giveaway has concluded.

This is a worldwide giveaway, however, winners outside of the U.S. will only receive a DVD, not the combo pack.

This giveaway is over but you can check out my latest giveaway here.

2 thoughts on “Before the Wrath Movie Review”