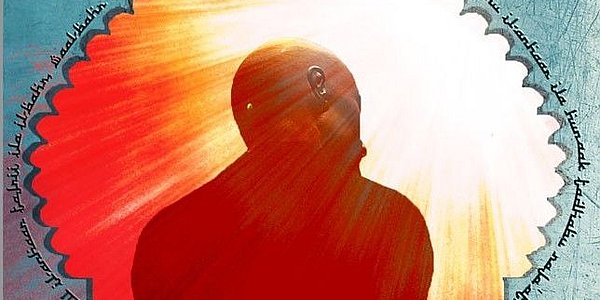 Imagine if you had access to the world’s data with a mere thought. The plethora of ideas and knowledge available to you would shape your life immeasurably.

Now image with that ability comes a restriction. You are free to access all the data but every thought you have must conform to a set of codes and thinking outside of the worldwide zeitgeist would result in physical pain.

That is the world of a debugger in Kerry Neitz’s fantastic cyberpunk novel A Star Curiously Singing.

Sandfly is a debugger. He is property. Bought and paid for by his master, a relatively benign lord in a future Earth living under sharia law.

All other faiths but one have been banned. And the word of the great Imam is supreme.

Sandfly just wants to debug his master’s robots and avoid the mental pain shocks sent from the remote triggers owned by all the masters. But now he’s been called into Earth orbit. Apparently the masters have a new spacecraft—one capable of interstellar flight. And on its maiden voyage, the only robot on board went mad and tore itself limb from limb.
Why? Better question: does it pose any risk to humans?

When Sandfly reviews the bot’s files and replays its last moments, he hears something strange playing in the bot’s ears as they orbit Betelgeuse.

Is it just solar winds interfering with the robot’s wiring? Or is it something else?

As Sandfly pieces together the clues, the masters spread the trap before his feet. Everyone is racing to the same conclusion, but only one side welcomes what that singing represents.

What initially attracted me to this book was the cover. The stylize minaret with the silhouette of a man intrigued me. In fiction I’ve found that many times you can judge a book by its cover and this time I’m pleased to learn that the great cover contains a great book.

Set in the far future in a world where Islam now dominates the geopolitical landscape, A Star Curiously Singing follows the events surrounding a debugger—a technological slave to wealthy religious and corporate leaders.

It is a cautionary tale demonstrating how legislating religion, thinking, and behavior can only lead to tyranny and hypocrisy. Many reviews I’ve seen focus on how something like this could happen if Islam did, in fact, become the world religion but I see it as a message for the Church.

The plot is solid, fast-paced, and reminiscent of William Gibson’s tales of technological tyranny. Characters are well-developed and draw you into the world. There are no extraneous characters. Every one is there for a purpose and furthers either the plot or insight into the protagonist, Sandfly.

The world is rich and the technology described in the story comes across as a character itself. In many high-tech novels authors tend to burden the reader with overly-detailed descriptions but Nietz has found a way to describe it succinctly and give it a life of its own. I would like to have seen a little more from two supporting characters: HardCandy and GrimJack.

The book was easy to read and I don’t recall any typographic or formatting errors that distracted me from reading it. I liked the layout and the use of date and time stamps instead of chapter divisions helped to immerse me in the life of a debugger.

A Star Curiously Singing will satisfy the die-hard cyberpunk fan and delight those who value the spiritual aspects of Christian fiction. I give it 4.5 out of 5 stars.

Kerry Nietz is a refugee of the software industry. He spent more than a decade of his life flipping bits, first as one of the principal developers of the database product FoxPro for the now mythical Fox Software, and then as one of Bill Gates’s minions at Microsoft. He is a husband, a father, a technophile and a movie buff.

Kerry has one non-fiction book, a memoir entitled FoxTales: Behind the Scenes at Fox Software. Amish Vampires in Space is his fifth novel and is doubtless his most talked about. Following a close second is his cyberpunk tale, A Star Curiously Singing.

Disclosure of Material Connection: Some of the links in the post above are “affiliate links.” This means if you click on the link and purchase the item, I will receive an affiliate commission. I am disclosing this in accordance with the Federal Trade Commission’s 16 CFR, Part 255: “Guides Concerning the Use of Endorsements and Testimonials in Advertising.”