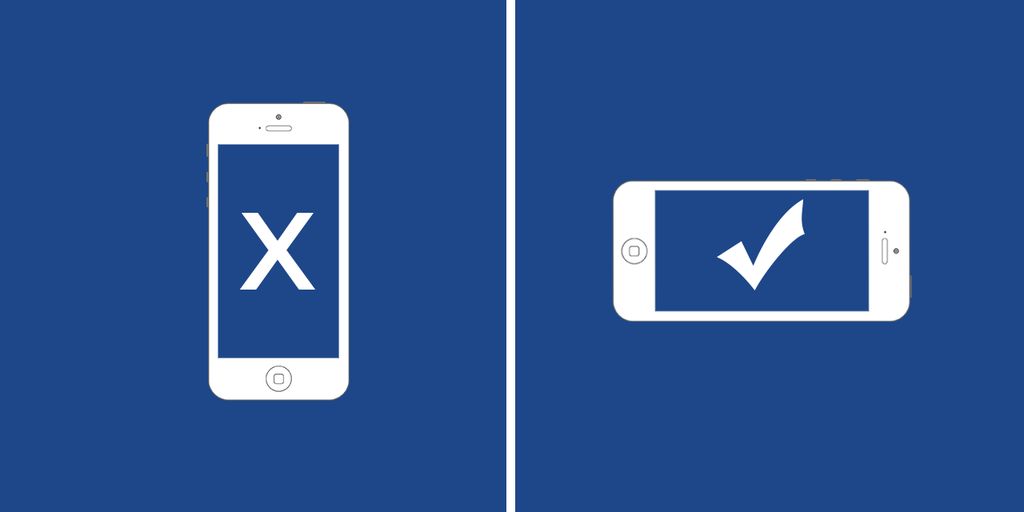 I recently shared a Periscope broadcast I was watching to my Twitter feed. One of the complaints I hear from people about Periscope is that they don’t like vertical video.

That’s short-sighted and it shows a lack of understanding of the medium and the platform. Vertical video is here to stay and people should stop complaining about it.

1. You have to respect the medium.

Snapchat reports that ads displayed vertically are watched to completion 9x more than those horizontally. This is important for broadcasters that want to attract and retain new viewers.

Viewers who use these platforms expect your video to be viewed vertically. When you post your video in a horizontal orientation it’s jarring and doesn’t fit the medium.

Social media “experts” love to say, “Mobile is the future!” Many of these same people complain about vertical video instead of embracing it.

Major brands like CNN, ESPN, and Time Warner are using vertical video to reach audiences that were traditionally out of their reach: Millenials.

Millenials consume most of their online content via their smartphones. They’re used to seeing vertical video.

We should be broadcasting and creating content that they can more readily consume.

If you want to be “mobile-first” you should be producing vertical video.

3. Your smartphone is designed to be held vertically.

The phone is designed to be used vertically and so are the apps you use with your smartphone. You’re giving up a lot of real estate when you broadcast horizontally.

The whole notion of turning your phone on its side to watch a video is awkward and a bit of a hassle.

I agree. If you’re on a vertical platform don’t force people to rotate their phones.

This is much more personal and intimate. I feel closer to someone who’s broadcasting vertically on Periscope. I make a better connection when the video is oriented vertically.

Vertical video isn’t appropriate for all situations but it’s important to recognize that it’s not going away and if you want to attract new followers, you should recognize when to use it.

What do you think?

link to Winding Down

How do we stop the rise of Christian nationalism and hate in America?